This multi-channel installation, a collaboration with composer Jean Martin, transmits live soundscapes from locations in England to the ancient Tour de la Lanterne in La Rochelle, France. These are sounds of everyday life in Brighton; a traditional English pub full of bluster, small talk and sporadic singalong; below a railway viaduct - cars are washed, seagulls cry, birds sing…

These soundscapes are complemented by interviews with French people who live, work, or study in England. They talk about their situation since the vote to leave the EU; their anxieties, nervousness, anger, plans and hopes. The combination creates a hyperreal sonic presence of post-referendum England in La Rochelle.

With the Brexit process in full flow and the isolationist tendencies demonstrated by the US administration, protectionist politics is gaining momentum in Italy, Hungary, France. We are continually subject to media coverage relaying its message of difference, division and fragmentation.

Sound Little Island is an attempt to subvert these tendencies; by transmitting the everyday (the infra-ordinary) punctuated by French lives abroad, the installation emphasizes the similarities and resonances between people and place. 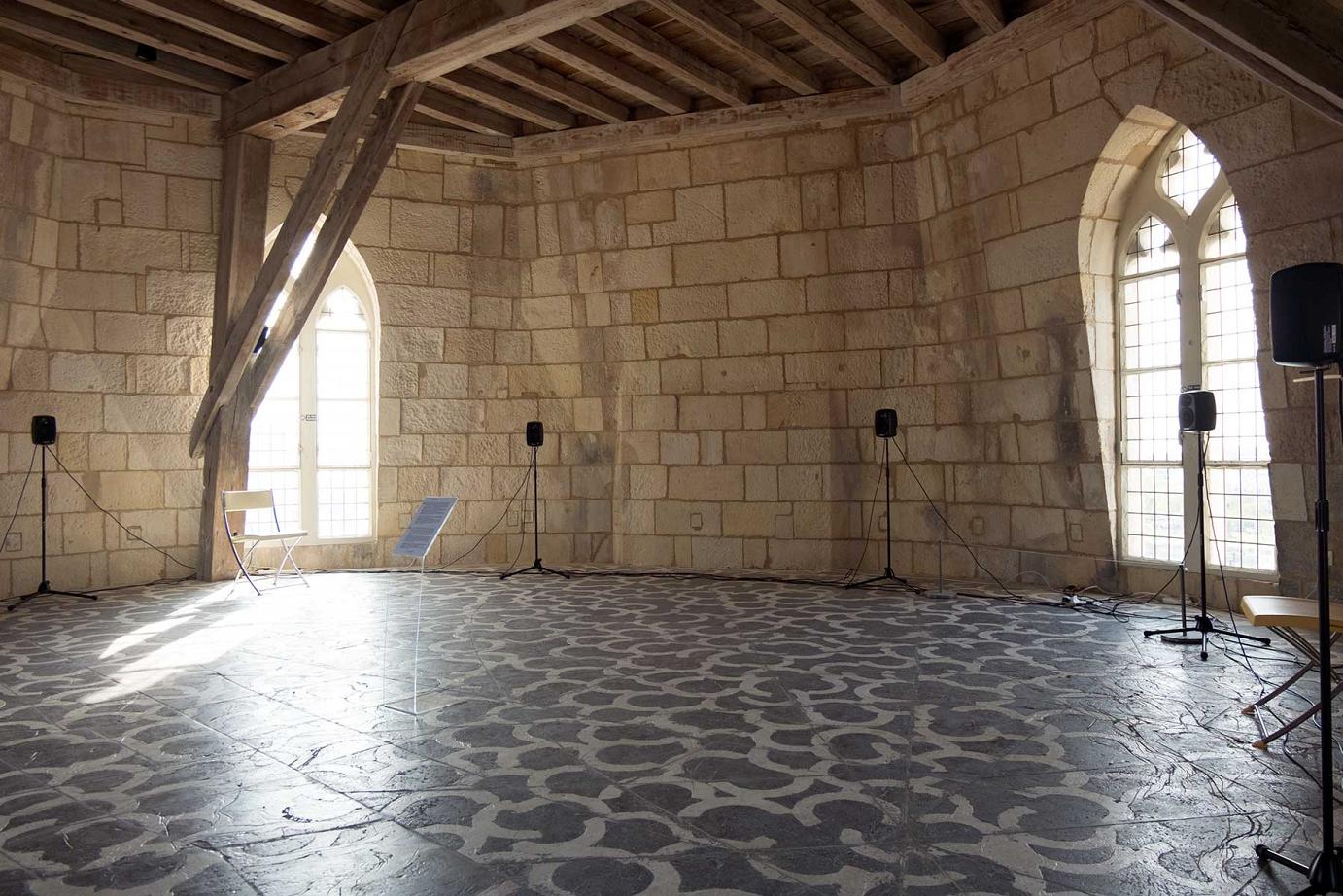 After the referendum, "everything changed; the appearance of things “going back to normal” has not been any kind of a return, but a New Normal, one that has not yet worked itself out."[1]

While this new normal takes shape, we are left to deal with a resurgence of 'back to normals' that together constitute a xenophobic nostalgia: This harking back, whatever way one looks at it, is an attempt to restore an idyll that never existed. Simulacra; normals built out of nostalgia, cliché and rhetoric about immigration and economic migration.

What will living this in simulacrum entail?

In The Decay of Lying, Oscar Wilde wrote that "if you desire to see a Japanese effect, you will not behave like a tourist and go to Tokio. On the contrary, you will stay at home and steep yourself in the work of certain Japanese artists" [2]

In Huysmans' A Rebours, Des Esseintes 'journeys' to England whilst never leaving Paris; his image of London is an amalgam of the Pre-Raphaelites, De Quincey and Dickens, but also of commodities and labels; in the Bodega “...he saw on one side a row of great casks with labels listing the entire range of ports... and on the other side, standing shoulder to shoulder and rounding their formidable bellies, enormous barrels containing the martial wine of Spain in all its various forms..." but, on receiving his Amontillado, "behind the kind, ordinary faces of the American and English customers in the Bodega he fancied he could detect foul, uncontrollable desires, dark and odious schemes."

Sound Little Island employs this amalgam as a way to remotely examine post-referendum England by asking, perverting Kipling - ‘What should we know of England who only England (wish to) know?’