Using the route of the first aerial attack on London, On the Night Air is a 60 minute composition for Sonic Bicycle.

Rather than focus on the noise of the explosive devices that brought people out of their homes, I explore a more intimate approach to the composition by playing with local-to-ear sound events preceding the bombing and in the aftermath. These events are combined with vocal elements and narrative.

In the air, sounds from crewmembers' memoirs offered a second palette, both literal and  poetic; the hiss of gas, the humming song of the engines, keen air and the high-pitched hours of the night.

On the Night Air links the intimate spaces of the Zeppelin's crew and the London residents in receipt of the airship's deadly cargo.

Specially composed for the Bicrophonics Research Institute's Summer Pedalling Games, sonic cyclists travelled the first part of the airship's route, encountering sounds and stories taken from reports in the aftermath of the attack. 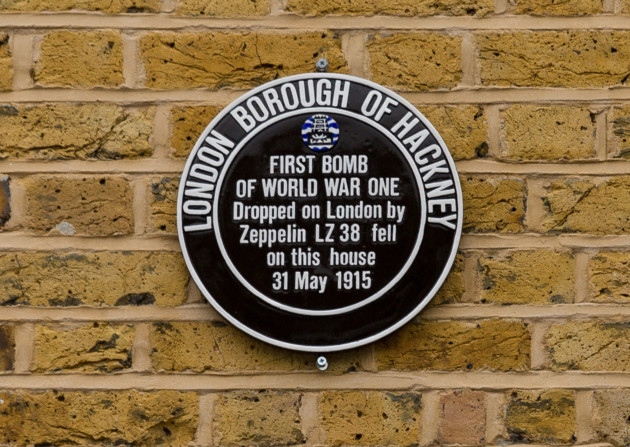 On the evening of May 31st 1915, for the first time, London was attacked from the air. A Zeppelin had flown in over Shoeburyness at 22.35 and twenty minutes later, a shocked sub-inspector of the Special Constabulary observed the 178m (585ft) airship approaching Stoke Newington Station.

The first salvo fell on Alkham Road as the LZ38 headed south in parallel to the High Street until the De Beauvoir Road bridge where it continued into Shoreditch, Whitechapel, Stepney and Leytonstone. In the intervening minutes, it dropped 40 bombs on the borough's residents, killing 7 people and injuring a further 35.

On the 100th anniversary, a new plaque commemorating the first bomb to be dropped on London was unveiled at 16 Alkham Road. A similar plaque had previously been attached to 31 Nevill Road and the corrective replacing began an untwisting of a formerly tightly bound narrative ascribing event to place.

Days after the Alkham Road plaque was unveiled, the old plaque on Nevill Road disappeared. By September 2015, the plaque on Alkham Road had also been removed. 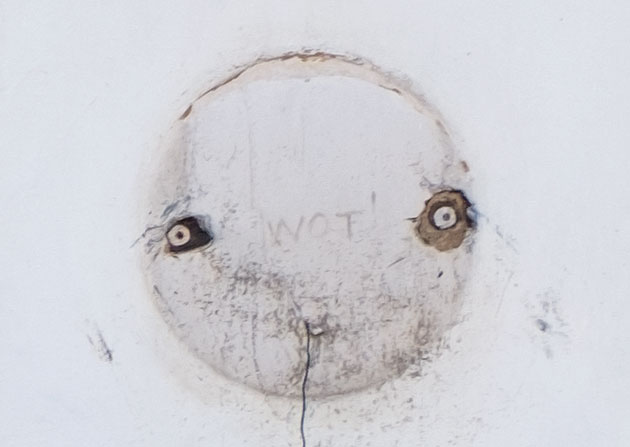 Contingency plans for any attacks on London in 1915 were mainly focused on potential public unrest. A total of 1,430 police were on the streets that night in case of disturbances during and/or after the raid. Constables used rattles in addition to whistles to alert and control people on the streets.

The extract shifts to a non-eventful airship section on Boleyn Road; a traffic-heavy trunk road ensuring the loss of any audible detail through the squabble of taxis, trucks, vans and buses.

A recognisable part of this second section is the Shepherd-Risset Glissando; I used the brassy and metallic sound palette Risset produced during his residency at Bell Labs in the late 1960s to accentuate parts of the airship throughout the work.

Thanks to Kaffe Mathews & Lisa Hall from the BRI, Jean Martin (narration) and Ian Castle for his incomparable ongoing Zeppelin research.