Nearly Present is a configurable multichannel streaming installation where the speakers are enclosed in Wardian Cases; a 19th century metamaterial developed to facilitate the global, commercial conveyance of living plants in closed environments, and which led to global ecological cosmopolitanism

By drawing parallels between, and attention to, historical and contemporary transportations of materials within microclimates, Nearly Present provides routes into exploring the roles that the exotic, the commonplace, and the invasive, play in remote transmission and listening. 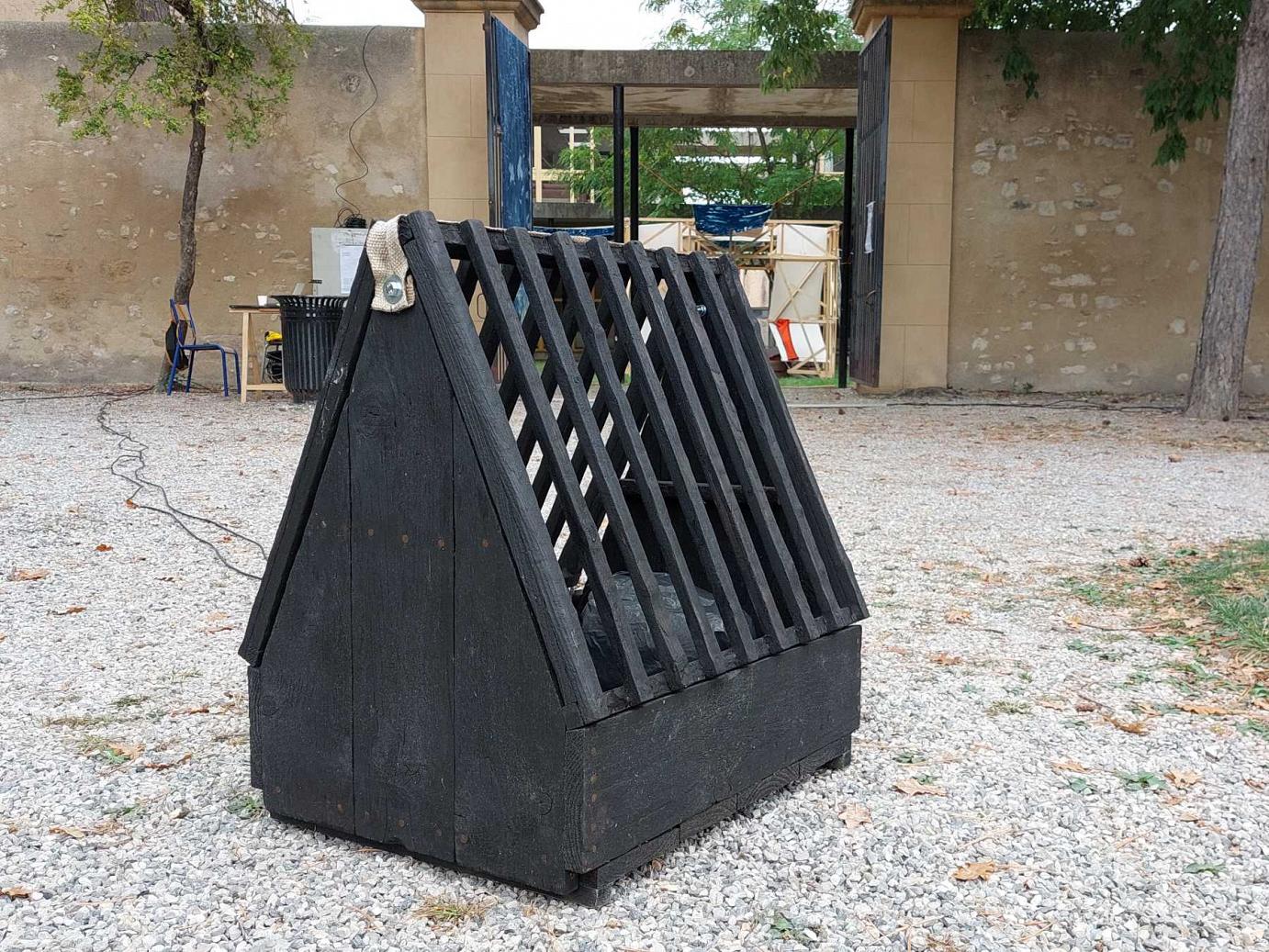 Outside the gates of École supérieure d’art d’Aix-en-Provence, a Wardian Case streams audio from the nearby Étang de Berre

A well-established, yet not-widely known, critique of field recording is that of its use as an extractivist practice; recordings as a commodity 'extracted' from distant cultures / places and brought back for hungry listeners [Robinson, 2020] to consume. Field recording's connections with colonial forms of appropriation are clear and the figure of the intrepid field recordist, travelling far and wide in order to 'discover', obtain, and return with, rare material, still persists to this day.

Nearly Present raises questions about what happens to these practicies when recordings are not made? Static streaming points require maintenance so can only be installed locally, or else with some forms of remote collaboration. But do the aforementioned power relations simply cease when the record button and recording media no longer exist? Or do they merely become less visible, subsumed into the intangible technologies that comprise streaming audio setups. In any case, does knowing the stream is live enable listeners to hear differently?

As a cautionary measure, Nearly Present always tries to situate localised streams alongside those from other continents. This is to explicitly disrupt the lure of the faraway, and to ask what happens when we fold the process of listening back onto the known. How does listening to the familiar allow us to hear differently? What does the spatio-temporal dislocation / distancing activated by streaming allow into our sensing of the known? What changes of perspective can be brought to local environments?

The commission included a request to create listening structures for public places, initially the municipal park in Barrow-in-Furness. Broadcasting remote environments populates the acoustic space with frequencies of other species, weathers, evnets. What unintended consequences might occur from broadcasting remote sounds into local ecosystems?

As many audio streams on the locus sonus soundmap transmit bird sounds, we might anticipate contamination of the frequency spectrum used by birds inhabiting the space during broadcast, birds predated upon during annual migration might encounter the calls of predators in the broadcast. Research on the use of recorded vocalisations to attract birds of interest [Harris & Haskell, 2013] show that increased "vocalisations on after playback could be interpreted as a negative effect of playback" yet that birds in the study habituated to playback after 12 days. 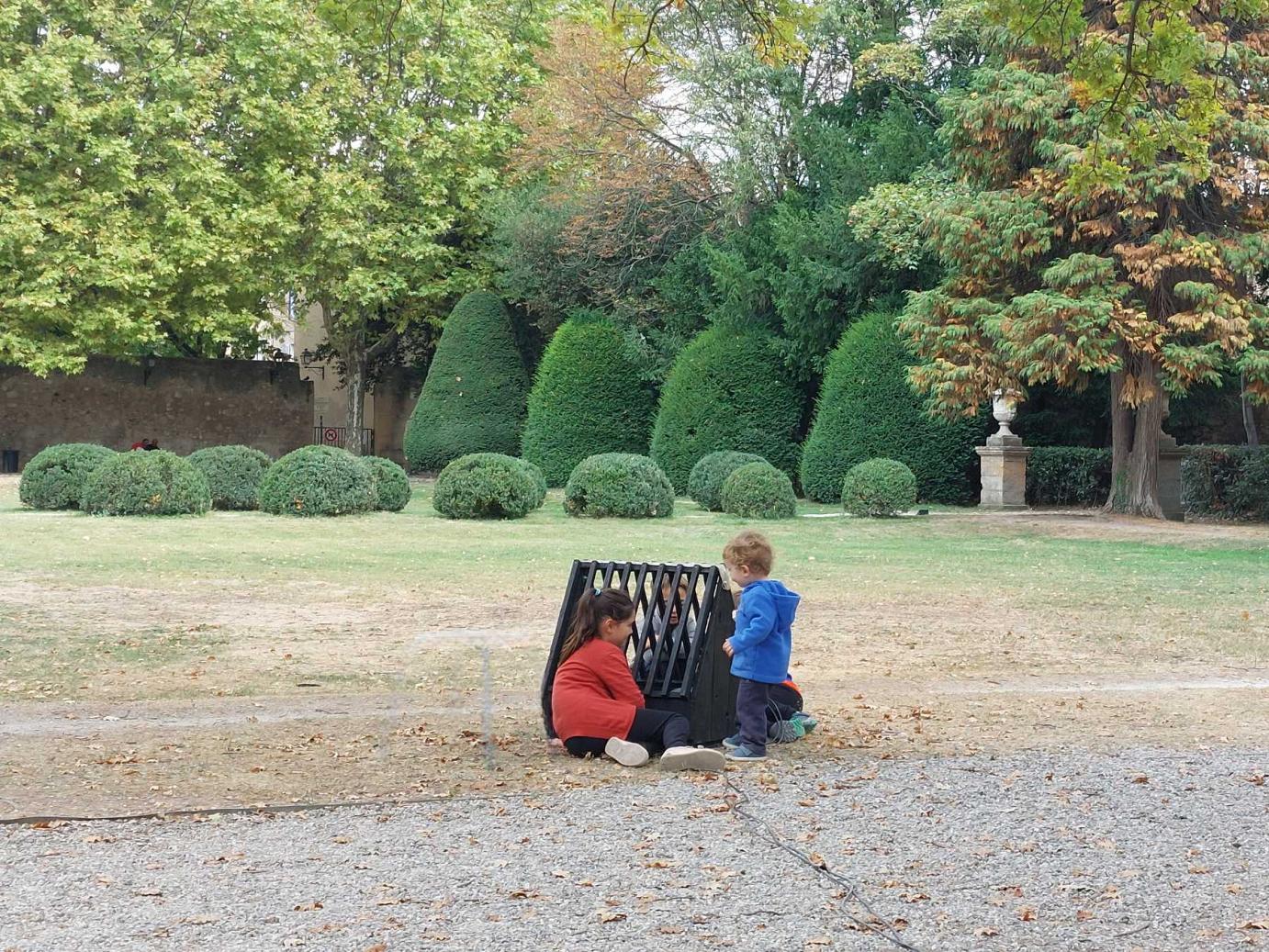 By enclosing the playback mechanisms within closely glazed cases, Nearly Present re-situates the relative transparency of the loudspeaker. The enclosures both separate transmitted sound from the immediate environment, and inextricably relink our consuming of transmitted sound to histories of colonial appropriation.

Nearly Present invites listeners to prise open and examine these, and other, pre-conditions to remote transmission and listening.

Nearly Present was commissioned in 2019 by Full of Noises as part of Acoustic Commons: a Small Cooperation Project supported in part by the Creative Europe Programme of the European Union.

Nearly Present was first exhibited at the Acoustic Commons final exhibition: a public 'Exhibition of Sounds' in Aix-Marseille, France, produced by Locus Sonus and presenting work created over the course of the project as well as talks, presentations and site-derived installations and performances. The exhibition takes place in venues in and around ESAAIX as well as presenting works along sections of the GR2013 trail in partnership with Bureau des Guides and the students and faculty of the art school.

Installation and software conceived, designed and developed by Julian Weaver. Cases fabricated for Full of Noises by @tomphilipson1 @ Grizedale Arts, and finished by Andrew Deakin