The falling tide reveals an acoustic space in the ecotone which is obliterated on its return. The ecotone is a border zone where ecological systems meet and mingle; a place of tension that is often a site of political conflict.

In the UK where I live, there has been, since the vote to leave the EU, a queasiness about travel across the English Channel (La Manche). Expats are unsettled by precarity over their rights to remain. Retrograde waves of xenophobia, spurred by ideological policy (‘State multiculturalism has failed’ – David Cameron, 2011), campaign rhetoric (‘Breaking Point: Britain has failed us all’, UKIP 2016), are unfettered in the press (‘Migrants setting up SECRET Calais camps’, Daily Express, 2017) and increasingly apparent in public by those intent on ‘taking our country back. 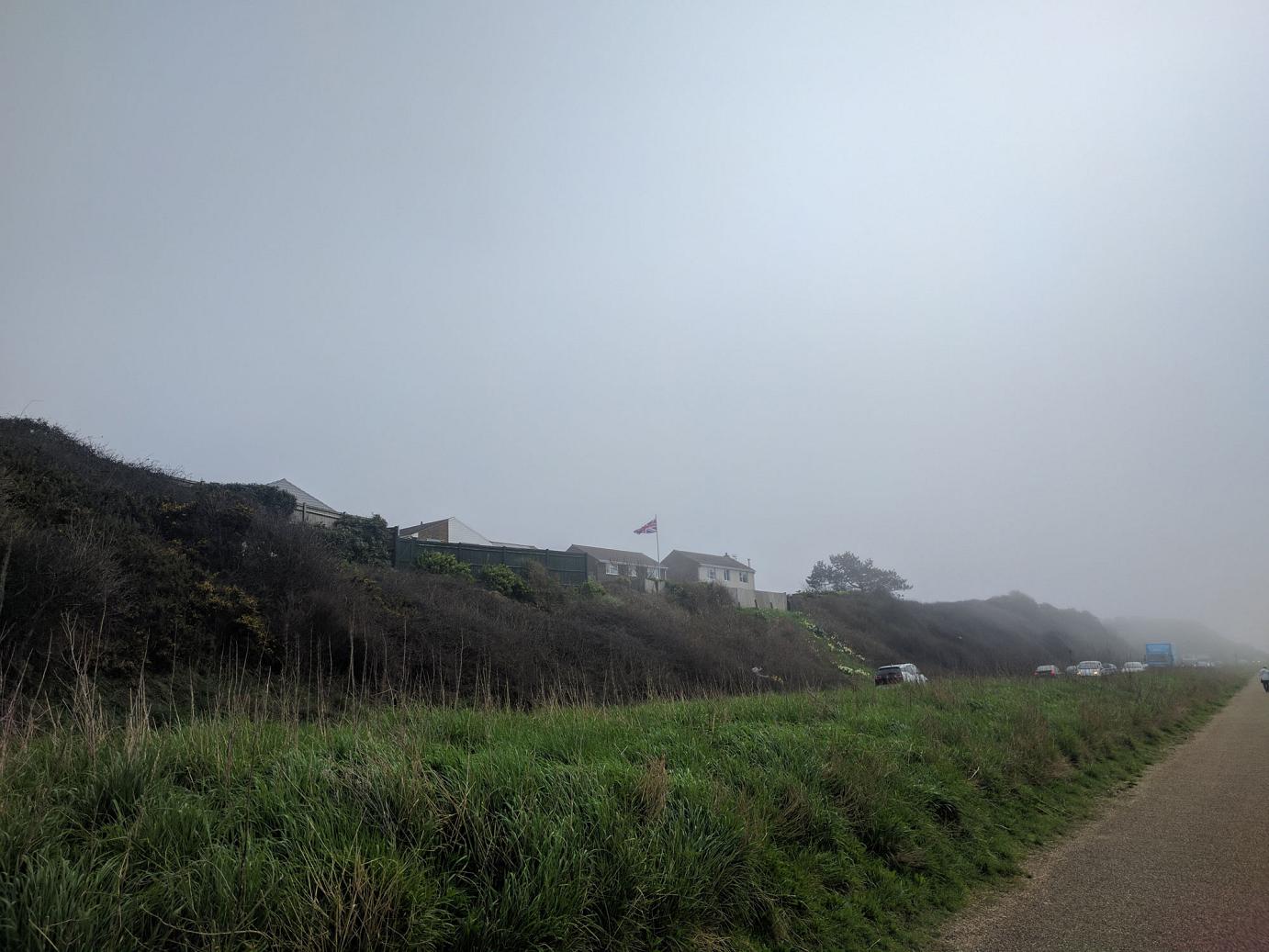 I mourn your sorrows; for I too have known
Involuntary exile; and while yet
England had charms for me, have felt how sad
It is to look across the dim cold sea,
That melancholy rolls its refluent tides
Between us and the dear regretted land
We call our own

The channel also acts viscerally on travellers, and many writers from Dickens to Charlotte Smith have suffered the ill effects of its motion: ‘The damn ship lurched and slithered. Quiet and quick, My cold gorge rose’ (Brooke).

Of these writings, Louis Ferdinand Céline’s Mort à Crédit / Death on the Installment Plan takes us most deeply into this viscerality and, given Céline’s repugnant political orientation, my inclusion of his text in this work may make you feel queasy, as it does us.

This feeling of nausea, it exceeds the text, it’s overwhelming.

Thanks to Jacques Sirot, Sally Jane Norman, and Angus Carlyle.