Recycling of ‘outdated’ technology is nothing new. In the audio field for example, the fetishising of analogue synthesizers and 1/4” Ampex is catered for by the ubiquitous ‘old-skool’ plug-in and the simulacra of its effects. Plugins like ‘Red-Valve It’ and ‘Magneto’ maintain and reinforce the kudos of pre-sampling electronic technologies that alone cannot satisfy the demands of the market. This drive for technological authenticity characterises the aggregation of a substantial portion of audio releases into a continuum of ‘new-retro.’ [1]

Conversely, the rubbish heap of technology yet to gain fashionable status continues to grow. ‘New-retro’, while extended to old games consoles and ancient computers, has ignored the mass of unfashionable hardware between the ZX Spectrum and the Pentium III. This heap is fast becoming the centre of attention for those looking to degauss the pull of the future perfect of the next upgrade with the Redundant Technology Initiative [2] forming the vanguard of the rag and bone technology market.

Across the Atlantic, Thomas McIntosh and Emmanuel Madan, respectively an architect and a composer, formed [the User] and began re-using technology from this disregarded era in the somewhat grandly titled ‘Symphony for Dot Matrix Printers’. [3] Anyone with an ear tuned into the sonic possibilities in noise is likely to have, at some point, listened to a dot matrix printer in action and considered its sonic output as potential sample material but [the User] took the inverse route:

The symphony is comprised of a control master (the conductor), 12 PC slaves (evoking the tones of the western musical scale more than the sections and subsections of an orchestra) and a custom serial network protocol (perhaps the baton). The variety of printers connected to the PCs, contain microphones and cameras. A triptych of video projectors provide visuals of the selected feeds, which are switched by another printer with the print head moving across a contact strip on the drum.

The symphony consists of the collective sonic output of the printers ‘orchestrated’ through the master, which doles out the ‘score’ (visible on pc monitors) in ASCII format. The scores are created on the basis of selecting those characters that elicit a specific sonic response from the print head on the drum. The absence of printer ribbon and paper ensure that the resulting sound is as audible as possible.

The exclusion of representational output represents an attempt to focus the listener’s attention on the printer’s mechanism rather than its intended function, which resides, according to [the User] in obsolescence. The removal of the vestiges of the printer’s output and the automated impact mechanics of the dot matrix align the instruments of the symphony more with the pianola or barrel organ than their ink- and bubble-jet descendants.

The result is surprising. Aside from the ‘tuning up’, the scraping that in the past had forced me to head towards the door after clicking the print button was completely attenuated. This, I suspected, was the product of a vast amount of E.Q. but turned out to be the selection of particular microphones for different printers. As Emmanuel has pointed out elsewhere; there are "some printers that have a lot more bass to them… some that are more in the treble register… some that print extremely fast and some that do slower, more pounding types of rhythms. Then, within a single printer you have a fairly wide range of sounds. " [4]

In line with its perceptibly structuralist ethos, the symphony evokes a giant print run in which the staccato qualities of the dot matrix produce an aural companion to Olivetti’s initial printer font design as well as another kind of ‘Serialism’. I just wish they’d called it ‘sonata for de-papered printers.’

Their ensuing project; Silophone [2000/2001], suggests that [the User] are committed to the principles underlying the Symphony; this time in the form of a grain elevator in the old port district of Montreal. The elevator’s construction dates back to the pinnacles of modernist architecture and won praise from, amongst others, Le Corbusier. Silo #5B-1 was decommissioned in 1996 and was heading for the demolition queue until [the User] came across it.

Arranged within the silo are a number of speakers and microphones. Via www.silophone.net, you can upload sound files and play them in the silo. Microphones record the playback and the server delivers the result back to you via Real Audio approximately 40 seconds later. For those living locally, an installation outside of the silo provides similar access but with higher quality sound.

“The structure, constructed entirely of reinforced concrete, is 200 metres long, 16 metres wide and approximately 45 metres at its highest point. The main section of the building is formed of approximately 115 vertical chambers, all 30 metres high and up to 8 metres in diameter. These tall parallel cylinders, whose form evokes the structure of an enormous organ, have exceptional acoustic properties: a stunning reverberation time of over 20 seconds. Anything played inside the Silo is euphonised, made beautiful, by the acoustics of the structure of the silo.“ [5]

Euphony [6] , an attribute much admired in Hellenistic aesthetics, is generally perceived to be concerned with style. However a recent publication [7] expands this perception by attributing a connotation of "pleasing aural qualities." to the adjective lepto/s. [8] In particular, it refers to Callimachus’ [9] use of the term as emblematic of a vocabulary of euphony and, through the process of demarcation, of cacophony.

It all begins to sound a little Platonic as [the User] articulate the euphonising quality separately from the sounds. With the silo’s acoustics reflecting onto every sound submitted to it, is it by euphony that sounds are made beautiful? In order to test this claim, I uploaded the most ‘ugly noise’ to hand. As you will no doubt object, this is difficult to achieve as you kan’t [sic] speak for everybody but the prospect of bedecking Whitehouse’s ‘Princess Disease’ [10] was intriguing.

On playback of the sound, after its journey through the interior of the silo, it seemed to have lost much of its granularity. It appeared to have been stripped, made finer, and then saturated in the reverberation. This reduction to a ‘purer’ or finer form and subsequent polishing, revealed through the 115 chambers, brings us both towards, and away from, the aletheia of the silo. [12] [the User] reveal the interior to us by but can only accomplish this through its recording its alteration. The euphonising quality of the silo is literally the echo of its obsolescence, the reiteration of the stripping away of its function. This stripping also occurs with the Symphony but with Silophone it is all about sustain.

The sonic sustain literally calls for the sustaining the existence of the silo and the project is an “attempt to raise popular awareness of the building and to catalyse activity that will eventually result in the discovery of an appropriate new function for the abandoned elevator.” The silo’s place in Montreal’s economic and cultural makeup as well as the structure’s historical position within architectural development is critical to the project insofar as “…a building is the physical embodiment of its past; to demolish it is to erase that past.” [13]

The adoption of heritage and promotion of conservation appears partly to be a consequence of the grip that the silo holds over its visitors; no one cares about a building that provokes no response in them. Thomas became enamoured by the silo whilst writing his thesis and all “those who have entered have found it an overwhelming and unforgettable experience.” [14]

The complexity within which this project is bound resists the ‘empty container’ perspectives of post-modernist creativity and the inextricability of Silophone, the silo and its futurity become the beauty in this project.

The realisation of new uses for an abandoned object is, simply, recycling. [the User], taken over or seized by the silo and their reciprocal seizure of its interior; combines the opposing meanings of lepto/s. into a single suffix ‘-lepsy’. Their work to date; the sustain of Silophone and the staccato of the Symphony; I call it Recyclepsy. 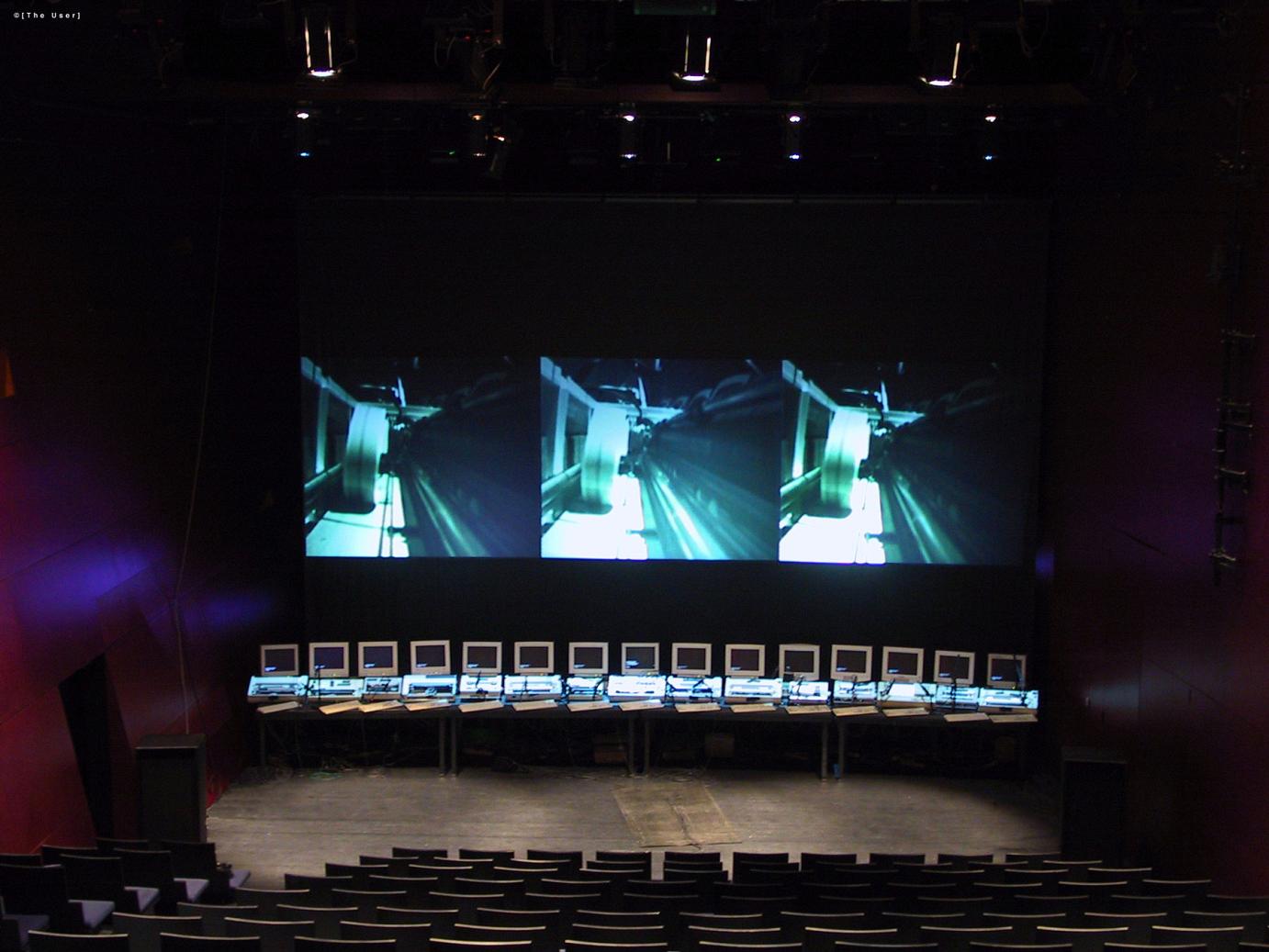 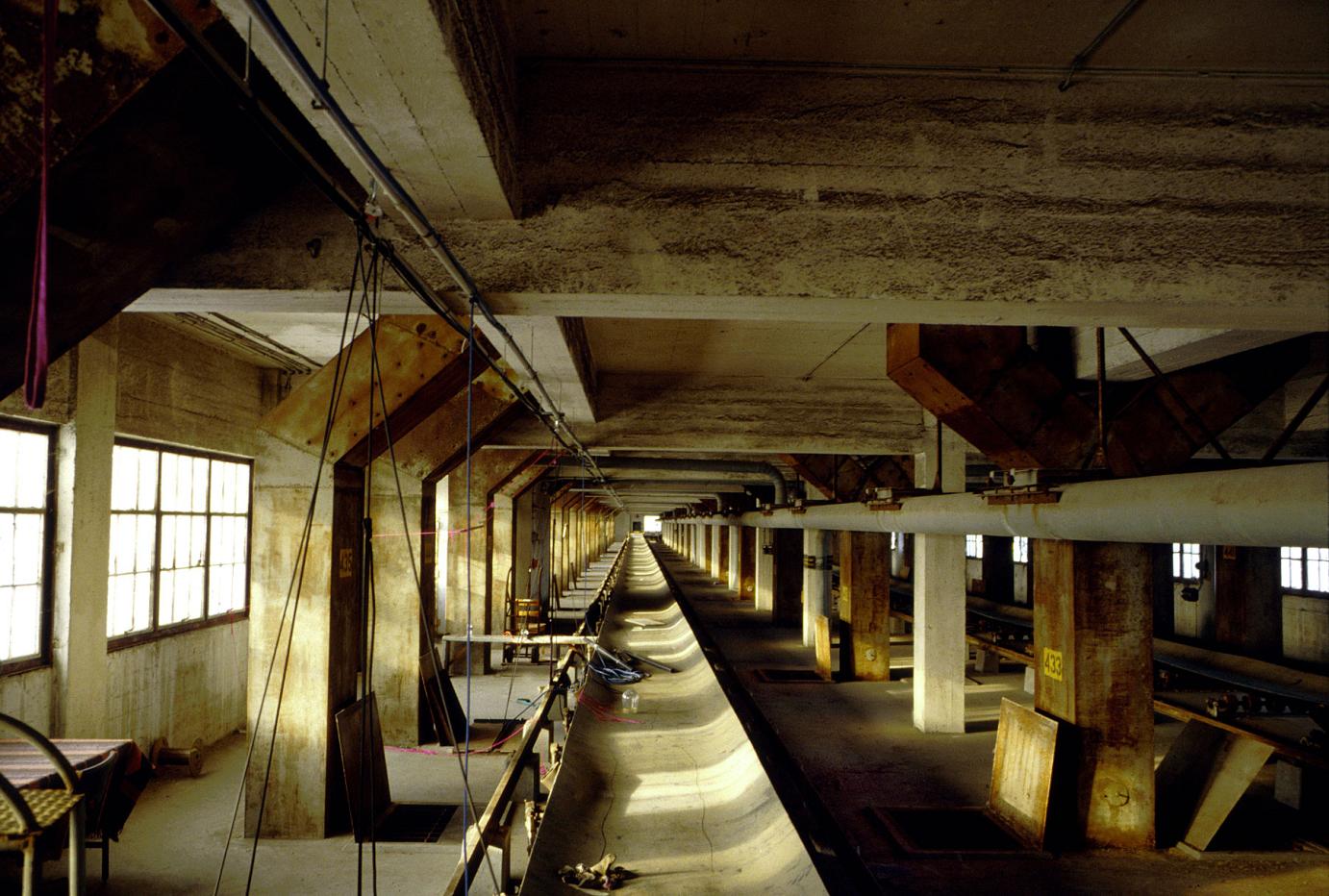 1 Preliminary (1997) diagnoses of similar problems in digital imaging can be seen in the case studies of the Institute of Media Diseases (http://www.moving-art-studio.com/) but the spread of infection can be seen at its most prevalent in the filter menu world of the record sleeve.

4 In an interview with David Clements: http://www.beconnected.org

6 From the Greek:’euphonia’, from ‘euphonos’ sweet-voiced, musical

8 Etymologically. Lepto/s is derived from ‘lambanein’ (to take or seize) but also conversely ‘leptikos’ (disposal to take or accept)

9 Callimachus (c305- c240 B.C.) engaged in a famous literary quarrel with one of his students, Apollonius of Rhodes over whether well-crafted short poems were superior to long poems.